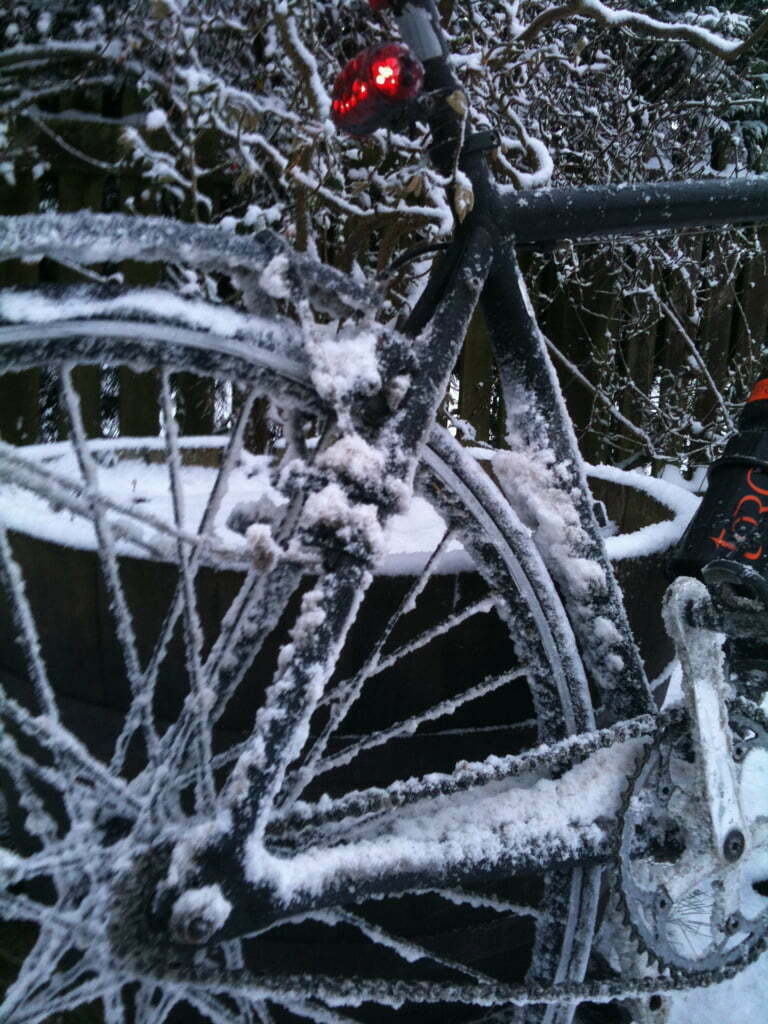 With the pounds piling on and every excuse in the book coming out for not riding his bike just now, Scot at Skinny Tyres was in desperate need of something to spur his motivation through the festive period.

That spur came from a Twitter message by @filles_a_velo http://www.filles-a-velo.com/ who mentioned the Rapha Festive 500.

Now not normally one for these sort of things, Scot decided that his expanding waistline needed some attention, so has committed himself to riding the challenge set by Rapha of 500km in the period between Dec 23rd and 30th 2010.

Scot is never one for making things easy on himself and had pointed out that due to family commitments and a Wedding Anniversary to attend to, the actual days available for riding were going to be limited, allowing approximately a four day window to complete the 500km (125km per day). Just to make it even more difficult, Scot has said he is going to try and do this on his winter fixed wheel bike in the snow covered roads and ice of Highland Perthshire.