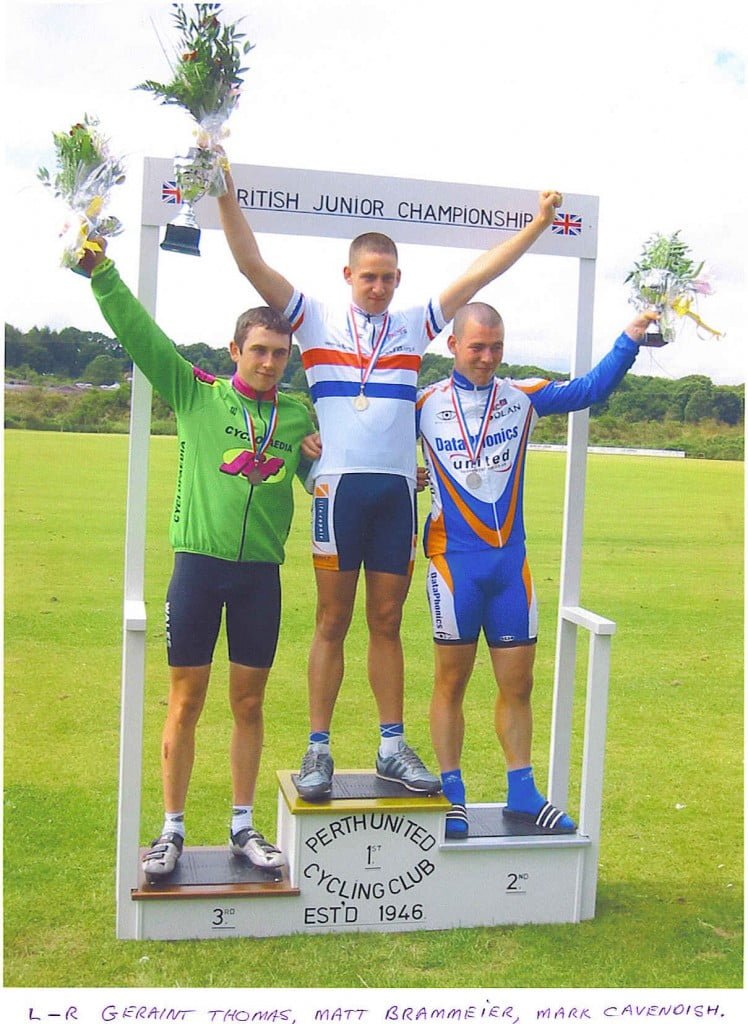 The picture above shows Matt Brammeier, Mark Cavendish and Geraint Thomas standing on the podium in 2003 after contesting the British Junior Road Race Championship hosted by Perth United CC.

Matt Brammeier who rode off the front with attacks back in 2003 to cross the line  rode for the Irish National Team and in 2010 was Irish Road Race Champion beating Nicholas Roche who finished 2nd. He now rides for HTC Columbia in 2011

Matt broke both legs in 2007 after an accident with a cement lorry in 2007 and was in fact born in Liverpool.