Taken from the Blazing Saddles Column in the Tayside Courier Weekend Supplement 26,5.12

“You want to ride like silk gliding on soft air. Think slow and smooth and one day you’ll discover you’re riding so easy you’ll laugh out loud at the joy of it all”  – Hank Barlow

In France a smooth pedal stroke is elegantly described as “souplesse”, an apparently effortless pedalling motion. The achievement of such a pedal stroke is beneficial for all who cycle as eliminating any dead spots in the pedalling action, relaxing and avoiding a choppy rotation, can save you energy and make riding easier and more enjoyable.

There are many ways to improve your “souplesse”, such as riding on fixed gear bikes or undertaking various pedalling drills and workouts. However, simply being aware of your pedalling technique and motion can be a very good place to start.

A simple way to improve pedalling efficiency (and one that often strikes fear into the very core of many who cycle) is by using “clipless pedals”. Clipless pedals are a misnomer as they actually refer to both feet being clipped into the pedals using a mechanical device on the pedal and a “cleat” attachment to the shoe. The discrepancy in the name derives from the historical use of toe straps and toe cages, where riders would “clip-in” to pedals by pulling on a strap that tied their feet to the pedals. When the strapless pedals came to the fore, due to the absence of the toe cage and strap, they were described as being clipless. Confusing? Yes, especially so as many cyclists refer to clipping in, despite clipping in to clipless pedals! 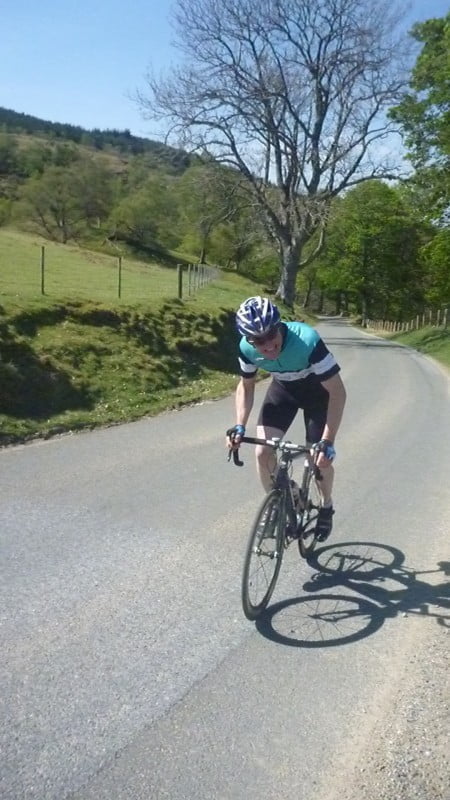 The clipless pedal as we know it today was originally introduced by the French company “Look” who applied their technology used in downhill skiing to cycling. This innovative design was then developed further by Shimano with their SPD (Shimano Pedalling Dynamics) pedal system. This system meant the cleat was recessed into the shoe itself, making it a popular choice for mountain-bikers.

The worry of many who clip in to their pedals is that they won’t be able to get their foot out in time when they stop and the ignominious fall at traffic lights has been a feature for many who have newly adopted the clipless pedal; but perseverance and practice pays dividends and the efficiency achieved when the skill is mastered is worth the effort, especially when it comes to up-hill efforts.

For those who wish to try out their new found souplesse, a favourite route of mine that heads out from Inchture and up through Abernyte is a great climb to start on. It’s steep, but the road surface is good and if you continue over the top towards Coupar Angus you can combine it into a loop that includes the ascent of a previous week’s route up Tullybaccart.