Taken from the Blazing Saddles Column in the Tayside Courier Weekend Supplement 31.3.12 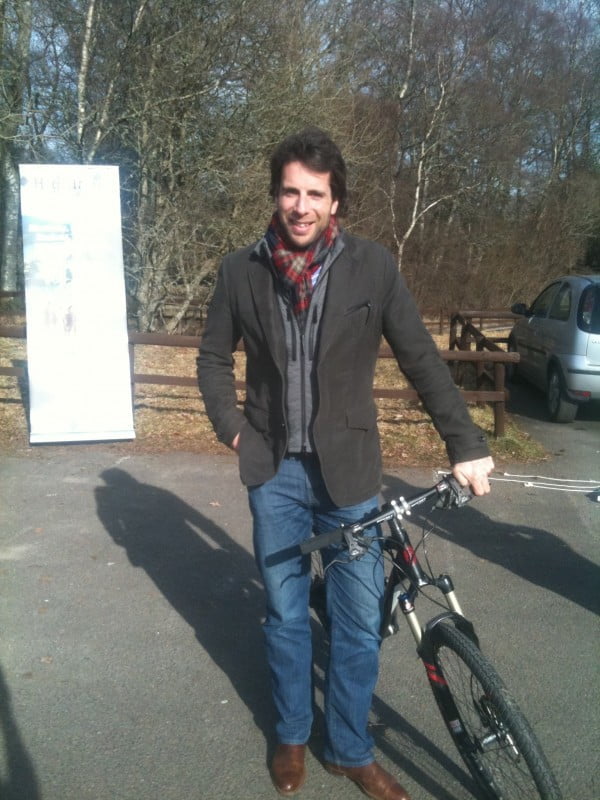 “Distance measured with a pair of compasses is not precisely the same as when measured by the leg” – Jerome K. Jerome

Adventure traveller and writer Mark Beaumont is no stranger to riding his bike, despite his last two expeditions involving ocean rowing. It was travel on two wheels that first sparked his love of extreme journeys, such as his record breaking around the world epic and his trip from the northern-most to the southern-most tips of the Americas, completed in February 2010

Mark was brought up in Highland Perthshire and his love of cycling in the area has not diminished since his younger days. When I met him recently I asked if he had a favourite cycling route in the area, and he told me that the Amulree Pass, through Glen Quaich, is one of his favourite climbs in Scotland.  As he explains, “it is a test for any level of cyclist and the descent into Kenmore is not for the faint hearted or those who haven’t checked their brakes”. Indeed, as you ride into Glen Quaich the sight of the road vertically rising over the head of the corrie wall looks difficult to comprehend and it is not until you are almost at the foot of the climb that you are convinced that what you are looking at is the road and not a wall clinging precariously to the mountain-side.

To add to the challenge of this climb, Mark told me that he likes to combine it as part of a circular route, from Perth, out through Glenalmond, and up the Sma’ Glen to Amulree. Once over the “wall” of Glen Quaich, he then heads to Aberfeldy and over the climb to Loch na Creige and Griffin Forest, before returning to Perth via Strath Braan and Dunkeld. He added, “This route is a wonderful showcase of wild Perthshire with its views over Schiehallion”. Mark often rides this route, or parts of it, as a training ride and he said, “If you really want to go epic, then you can throw in an extra 30 miles by turning left at Kenmore and doing a lap of Loch Tay.”

He reminisced: “I remember one memorable time, right at the top cattle grid of the Amulree Pass, breaking my derailleur – it was a long freewheel down the hill and scoot along the valley before I could find a phone signal to call for a lift home!”

See below to follow in Mark’s tyre-tracks around this challenging route: