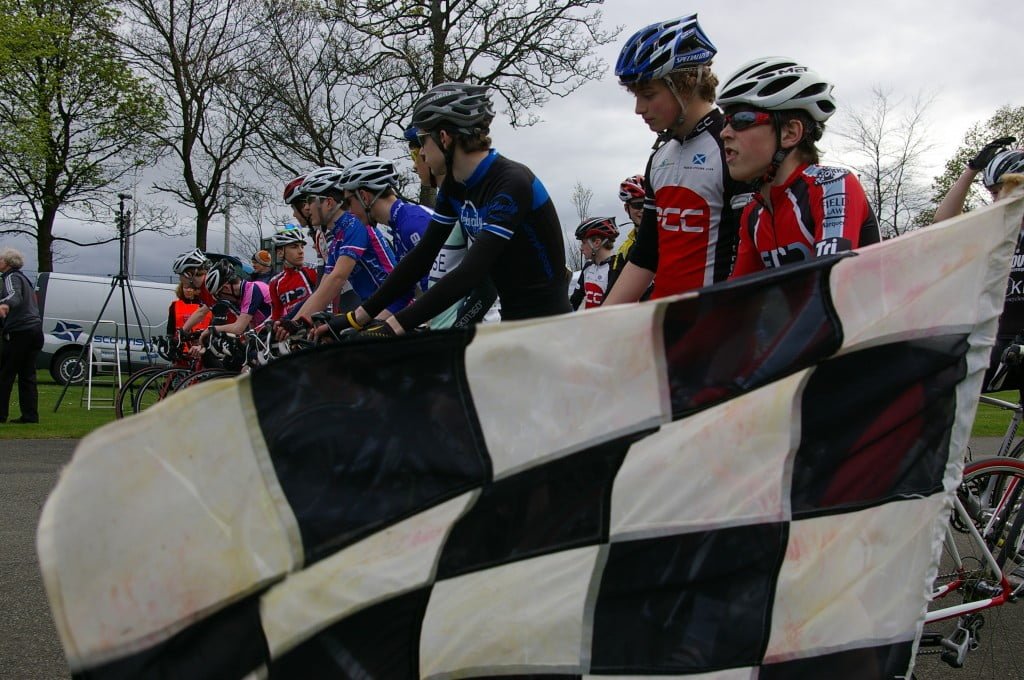 The cycling stars of the future could come from Dundee.

The sport of cycling is becoming more and more popular and at the highest levels of the sport our professional riders are leading the way. This is no accident or blip on the timeline of the history of the sport. Going back to late 20th century a complete overhaul at British Cycling led to new plans and directions.

“Good advice comes from people who know what they’re doing. Don’t listen to anyone who’s doing it wrong” – Myles Rockwell

During this process British Cycling realised there was a need of a grass roots programme to foster the stars of the future and they introduced the Go Ride scheme which would provide a framework for Youth and Junior cycling clubs to start, and introduce under 16’s to cycling, in a safe, friendly environment, coached by local volunteers.

Scottish Cycling identified Dundee, with its cycling track at Caird Park as an ideal place to start such a club. Initially there was little enthusiasm, but a few local riders, including Martin Harris and John Bremner, underwent their coaching qualifications and the Discovery Junior Cycling Club was born. The club purchased ten new track bikes through an “Awards for All” grant and in April 2006 the first session, to which only three riders turned up was held, but over the following weeks the club grew. Now the club can see 25 to 30 riders turning up to sessions during the summer. Harris, who was almost at the point of giving up the sport after a serious accident in 2005, and Bremner are still deeply involved in the club and when I asked Harris he said “Seeing the enthusiasm and excitement of the kids got my cycling flame going to the point where it’s almost a full time job for me, seems like it anyway”

The club now has six regular volunteers and ten involved in total and Harris can see the club growing in the coming years, with the Discovery JCC Youth Omnium, held at Caird Park, already the biggest track meeting in Scotland

When I asked Harris about the initial aspirations for the club he said, “When the club started, the plan on paper was to get some Scottish Champions within 5 years, This was done inside two”. Indeed the club website has a long list of awards and medals that the riders have won in the last six years. Another standout for Harris was seeing Discovery JCC rider Kevin Stewart competing at the Commonwealth Games in Delhi in 2010

So in the hands of Harris, Bremner and the rest of the team of volunteers at Discovery JCC, the sport of cycling seems to be in safe hands for many years to come and we could well be seeing some local riders at the top of the sport in the very near future.