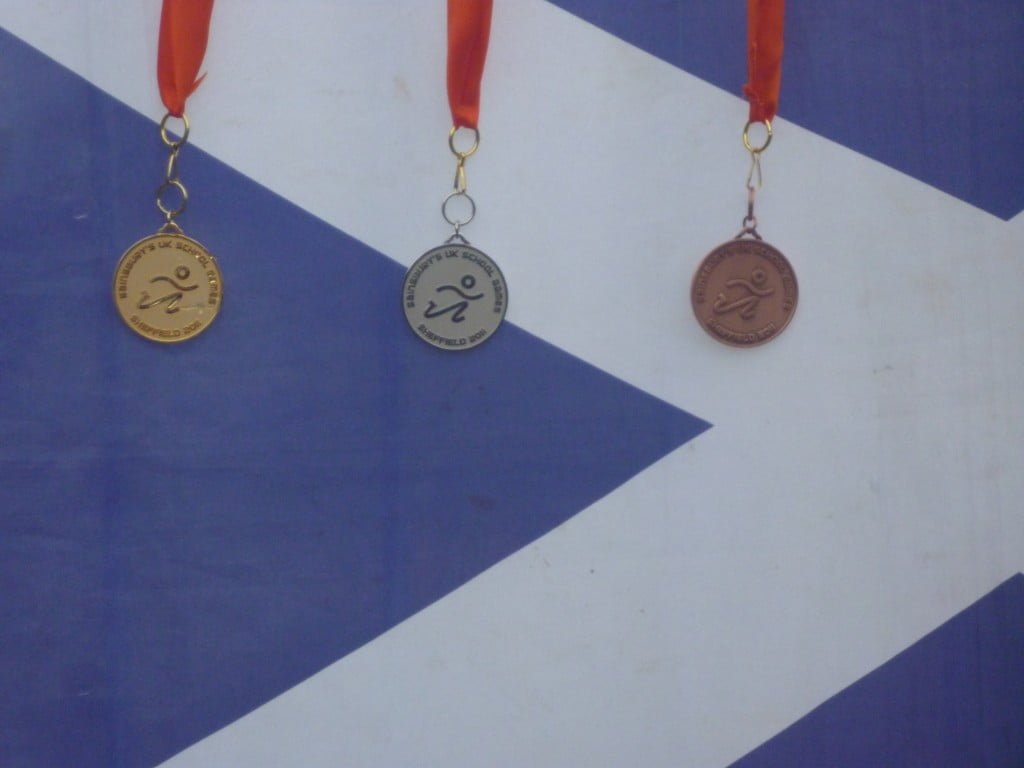 12 Gold Medals, 8 Silver and 4 Bronze and the team trophy for Scotland South and second place for Scotland North. The results are impressive and hint at the dominant force that the two Scottish teams were at the Sainsbury UK Schools Games in September 2011. The full results can be found here.

As a coach of the Tay Titans Junior CC for 2 years, I was delighted to be selected by Scottish Cycling to be the coach for the North of Scotland team at the UK Schools Games.  I knew the experience was going to be great fun, but I wasn’t prepared for the feeling of pride that I got from working with a fantastic team of riders and staff.  It was inspiring to see young riders taking taking responsibility and acting so professionally. Each rider had a tremendous amount of fun, but when it came to racing they meant business and the results demonstrate how serious they were.

The spirit of Scotland

One of the many highlights for me was watching Stuart, Ben and Cameron take the three podium places for the Dirt Crit on the first day for Scotland North and South. The whole four days were stuffed with memorable moments; medals, inspiration, laughter, friendship, crashes, determination, guts and just downright good fun. But for me the moment I witnessed that summed up the grit and determination of the whole Scottish Team that led to a complete domination of the medals table was the 4th place of Ben Miller on the final day at the XC race. As he came back, his face was distraught. It was more than disappointment that was etched in there. He knew he had enough talent and fitness in there to medal, but circumstance of a crash in front of him that led to a jammed chain led to the loss of vital seconds. The look on his face showed how much racing and winning meant to him and for me it was inspiring to see. Ben encapsulated the entire spirit of the Scottish teams at the 2011 UK Schools Games; we weren’t there just to take part, we were there to win. 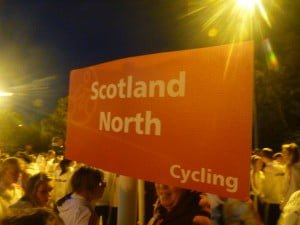 The UK Schools Games are a multi sport event that are designed to give young athletes the chance to experience what it would be like to take part in events such as the Commonwealth Games or the Olympics. 1600 athletes from 12 disciplines descended upon Sheffield for the 2011 event and we took over the University Campus which was turned into an athletes village. The atmosphere was amazing as we were treated to a stunning opening ceremony in the Motorpoint arena hosted by Jill Douglas. The cycling events took place on the outskirts of Sheffield and consisted of five events raced over three days.  Each morning was an early start at 5.45 with breakfast at 6.15am and then we were transported to the venue at 7am. The day then consisted of heats, minor finals and finals with racing continuing into the early evening. We got back to the athletes village at 8pm each evening and had a great feed in the canteen. We took the opportunity to attend one of the many “Evening with…” workshops on the Friday evening focussing on “Gaining a psychological advantage.

The schedule was full and I felt like I was living in a bubble, with no idea of what was happening in the world. We ate, breathed and slept cycling for four days. Overall the experience was amazing and it was great to be part of such a huge event and it has given me a taste for more.

Below are some photos from the event. You can view the full album at Flickr